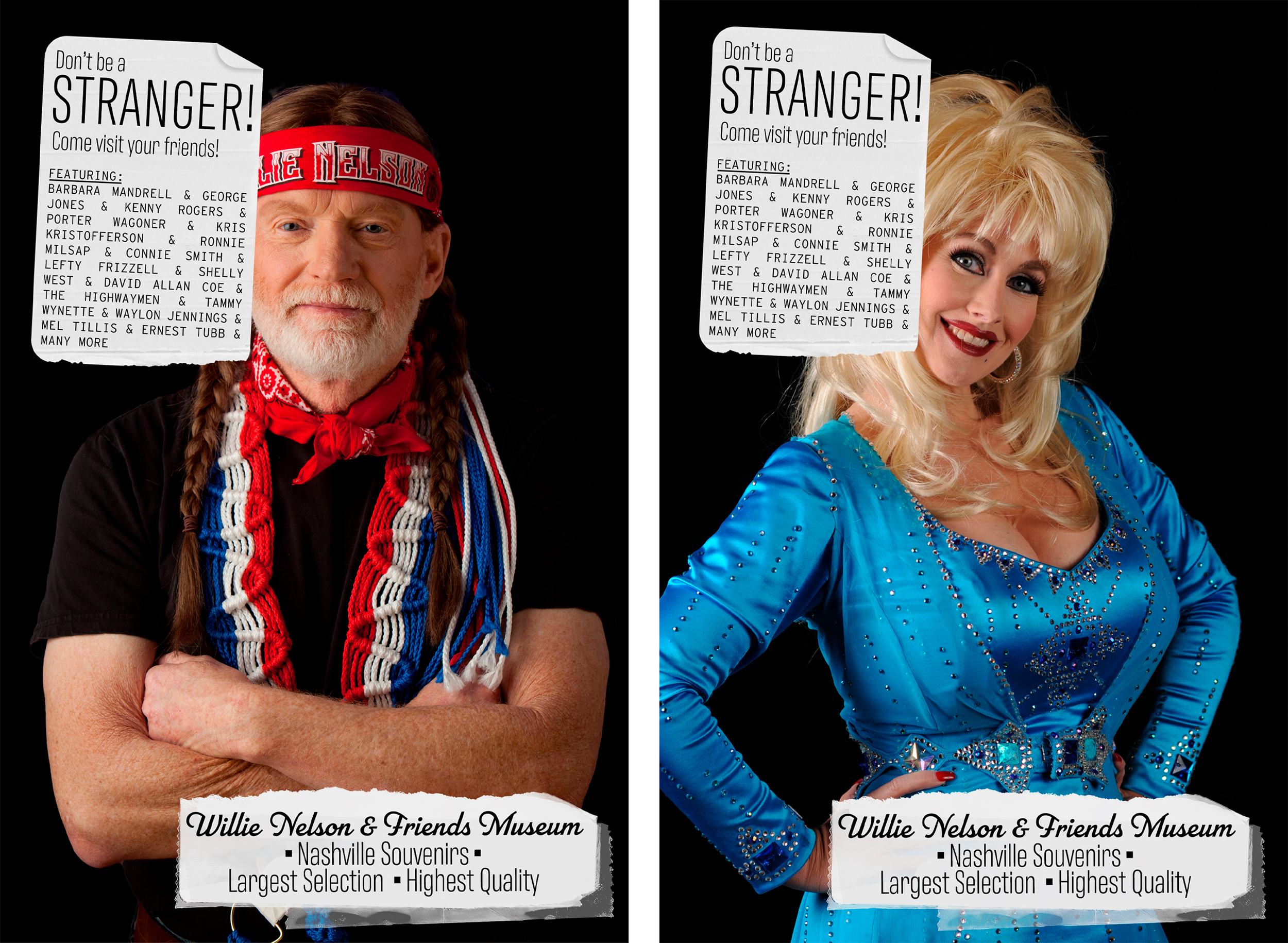 A major component of our 2020 website redesign at Georgia Public Broadcasting was conducting extensive user testing, to find and smooth out pain points from the foundation up.

Here, we see the visual results of UX Design Research turned into paper wireframes, which were then used to design and develop the UI of the site. 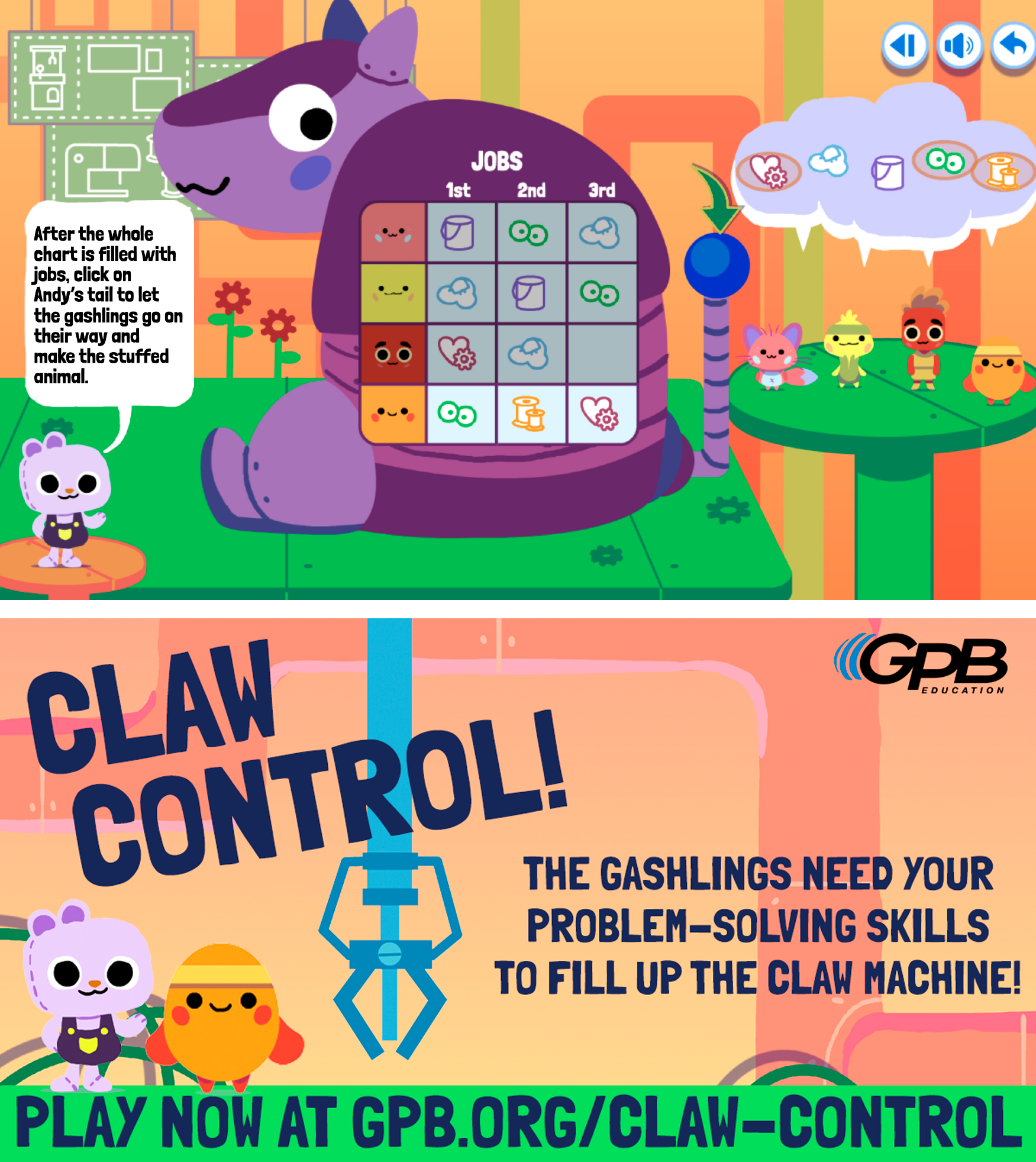 Much of my work with Georgia Public Broadcasting has been with our Educational Division. In this capacity, I design and develop a handful of web and mobile-based resources for K-12 students across a variety of subjects. I tailor the experiences to meet students at their interest level, designing with an eye toward immersive learning and unique technical participation.

This is an example of one of our browser-based games, Claw Control, but I have also developed a variety of VR/AR experiences for GPB Education.

One Must Imagine Him Scrolling: Twelve Notes on the Digital Absurd (2021) 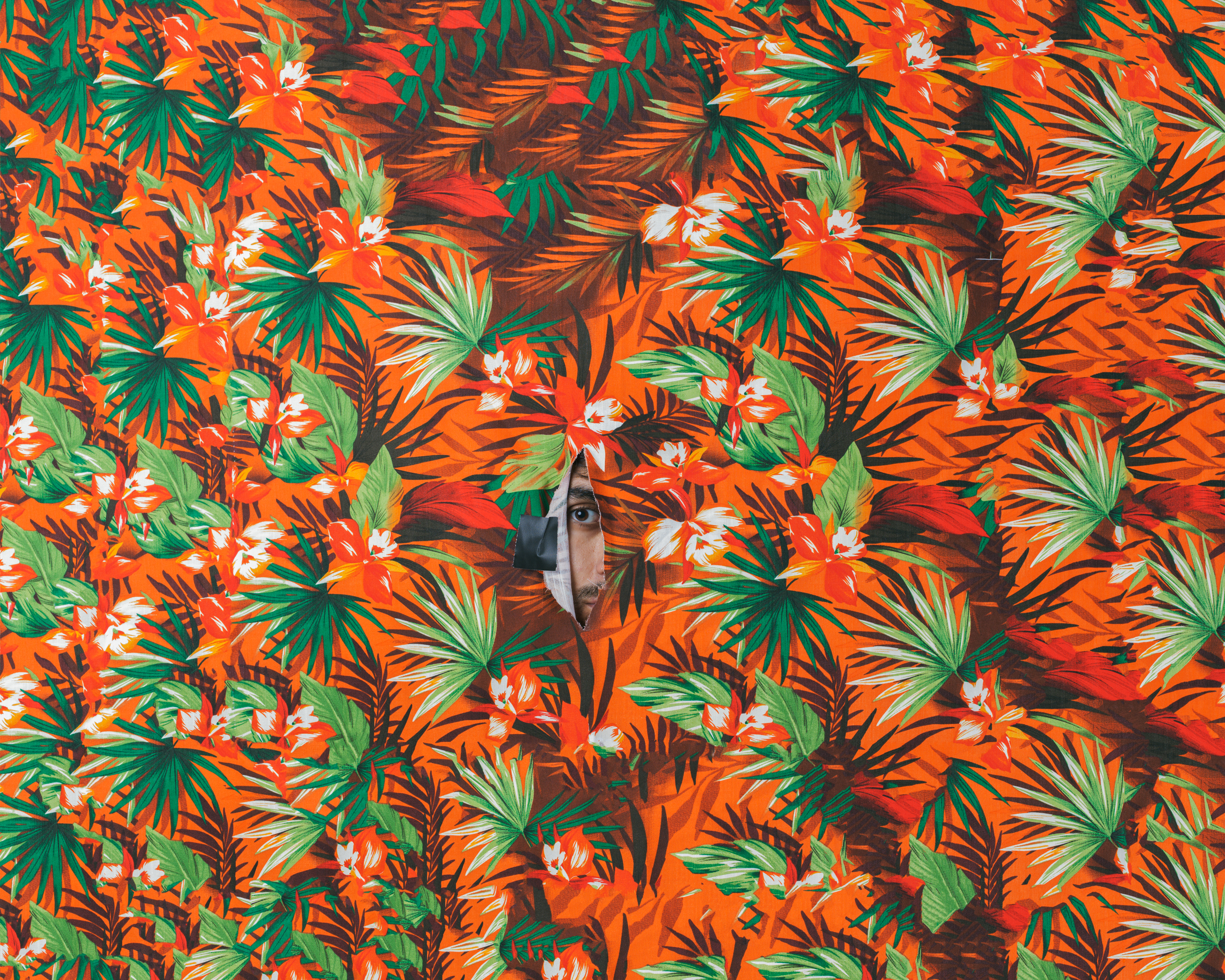 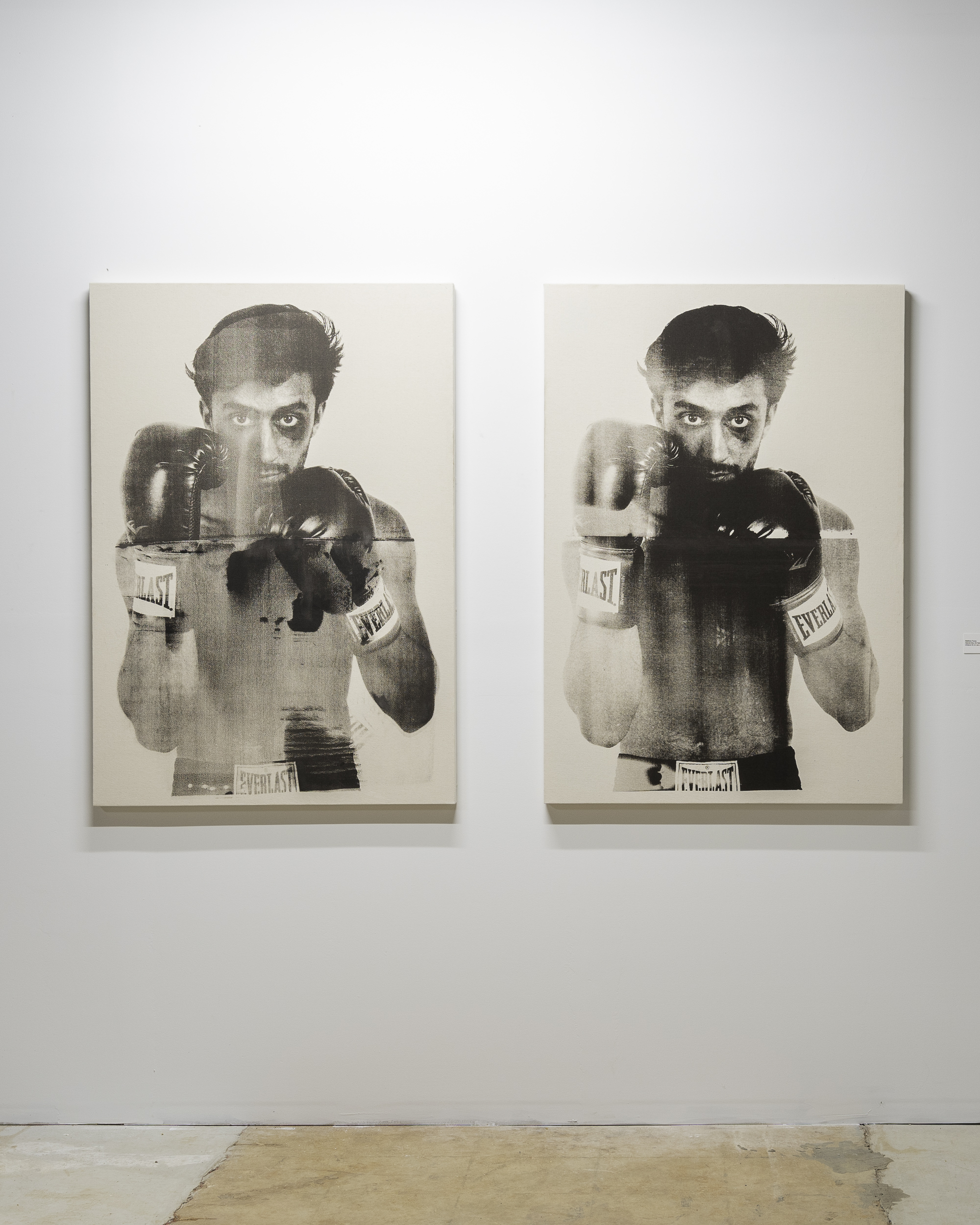 A boxer needs to be an expert in misdirection in order to survive, because as soon as he gets figured out, he gets knocked out. An octopus does the same with its color changing and by spraying ink.

How do you tell the joke you won’t tell, or show the thing you won’t reveal? Joke-telling is a survival technique, a defense mechanism, as much as camouflage. This nexus is the inspiration for Special Boy (All Natural), self-portraits printed in octopus ink on stretched canvas.

This three-channel video installation is an homage to a classic Ringling Brothers performance by clown Emmett Kelly. I wanted to stretch away from Kelly, to complicate his story, and to keep myself, (or the character of myself, at least), from ever finding the same resolution Emmett finds. I gave myself a doomed task - an endless performance of trying to sweep up a spotlight. The loop here is important, because it lays bare the mechanics of how a joke operates, and gives the viewer space to consider their role in the mechanism. We both end up entangled in the setup, looking for resolution beyond a punchline. 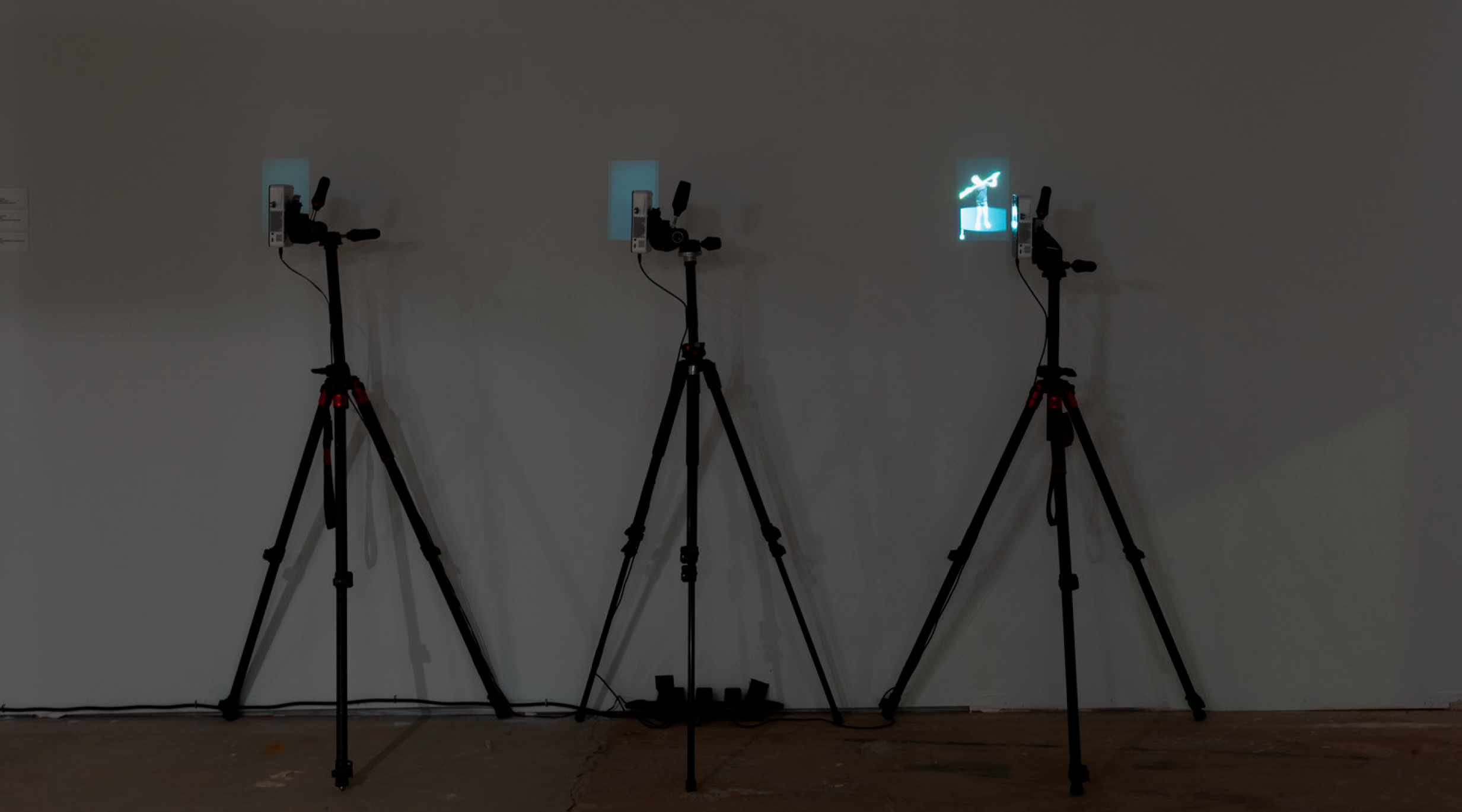 For this piece, I used AI machine learning to algorithmically generate a script for a stand-up comedy performance from a base library of famous acts, including Richard Pryor, Andy Kaufman, Joan Rivers, and George Carlin. I then hired a voice actor (on the internet, natch) to perform the act, which is recorded and presented through a disembodied speaker on a microphone stand.

Through these steps of translation, we get further and further from the actual, embodied performances in the original, and toward something that features the rhythms and conventions of stand-up, but becomes less and less human in the execution.

I started with a basic premise: what would art for dogs look like? I quickly discovered that dogs are for the most part terribly short sighted and mostly colorblind, so I resorted to a guaranteed winner: squeaky toy sounds and positive reinforcement.

On the left, I hired two actresses (who might actually be one woman in a wig) to repeat the mantra “who’s a good boy?” - on the right, I performed a rendition of Elvis’s classic “Hound Dog” on a squeaky steak. I then installed the videos at dog height. 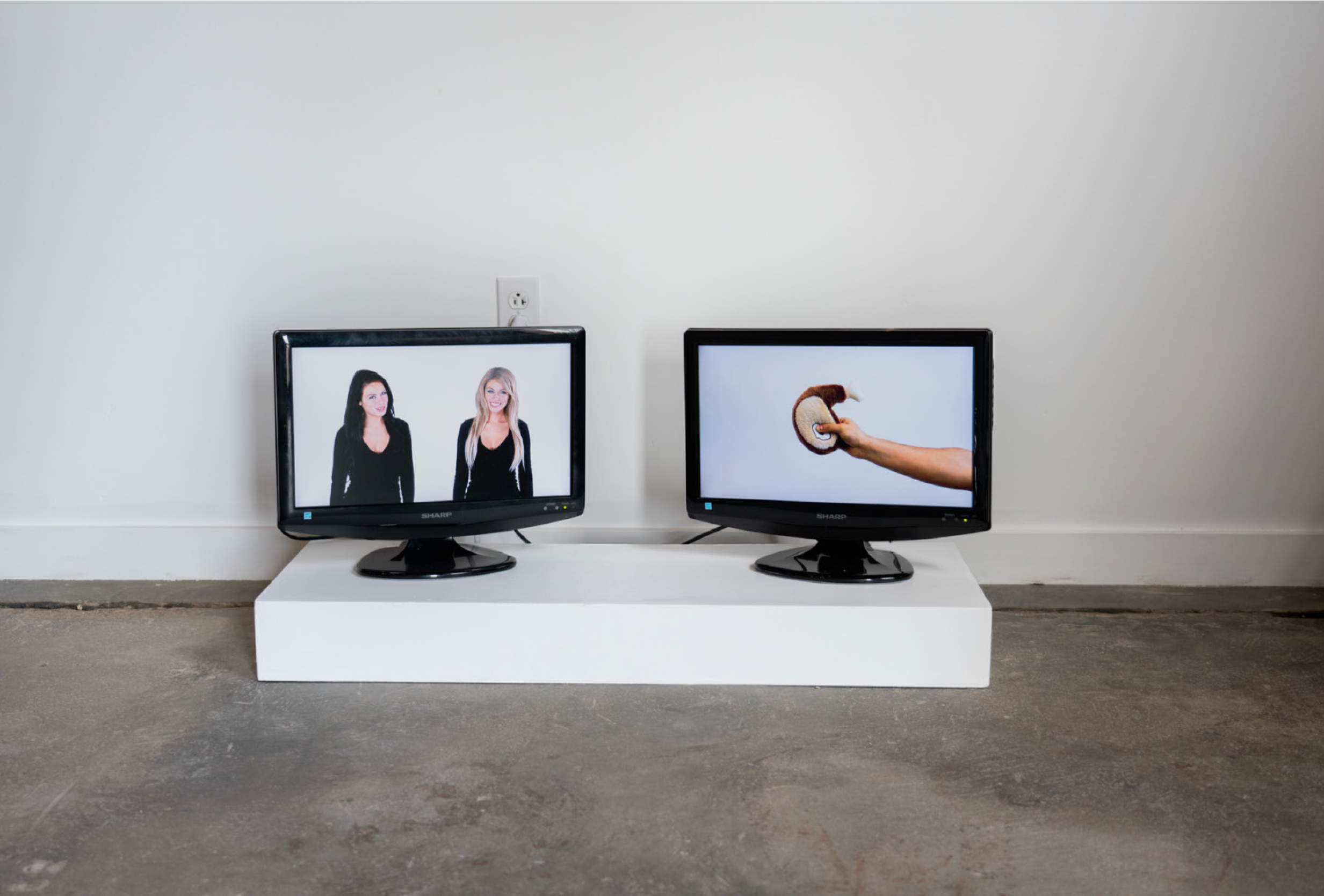 Installed at ATHICA as part of THE GOLDEN RECORD exhibition, Athens GA 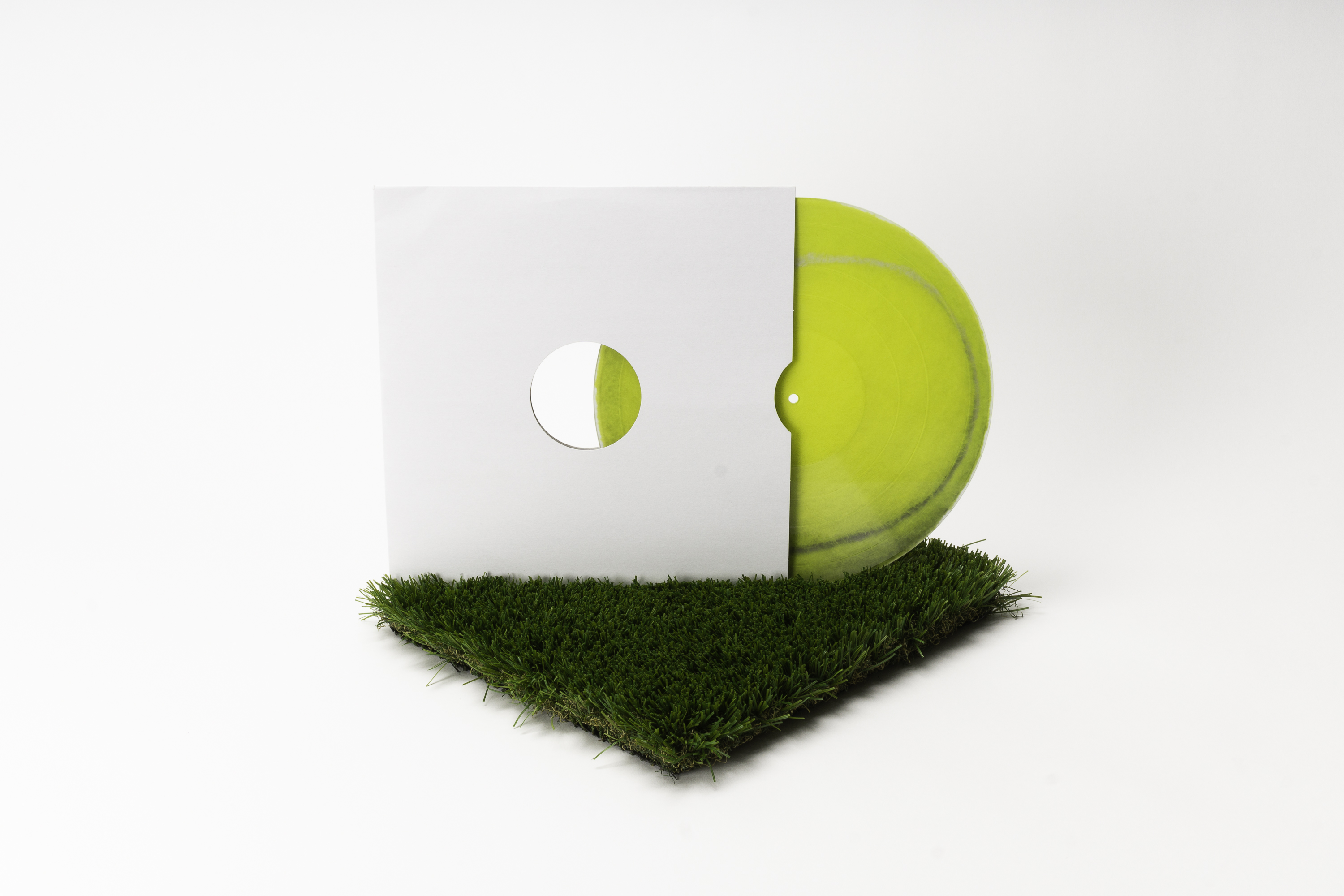 To follow up on the previous piece: I had a 12” record pressed of a new series of performances on the squeaky steak. 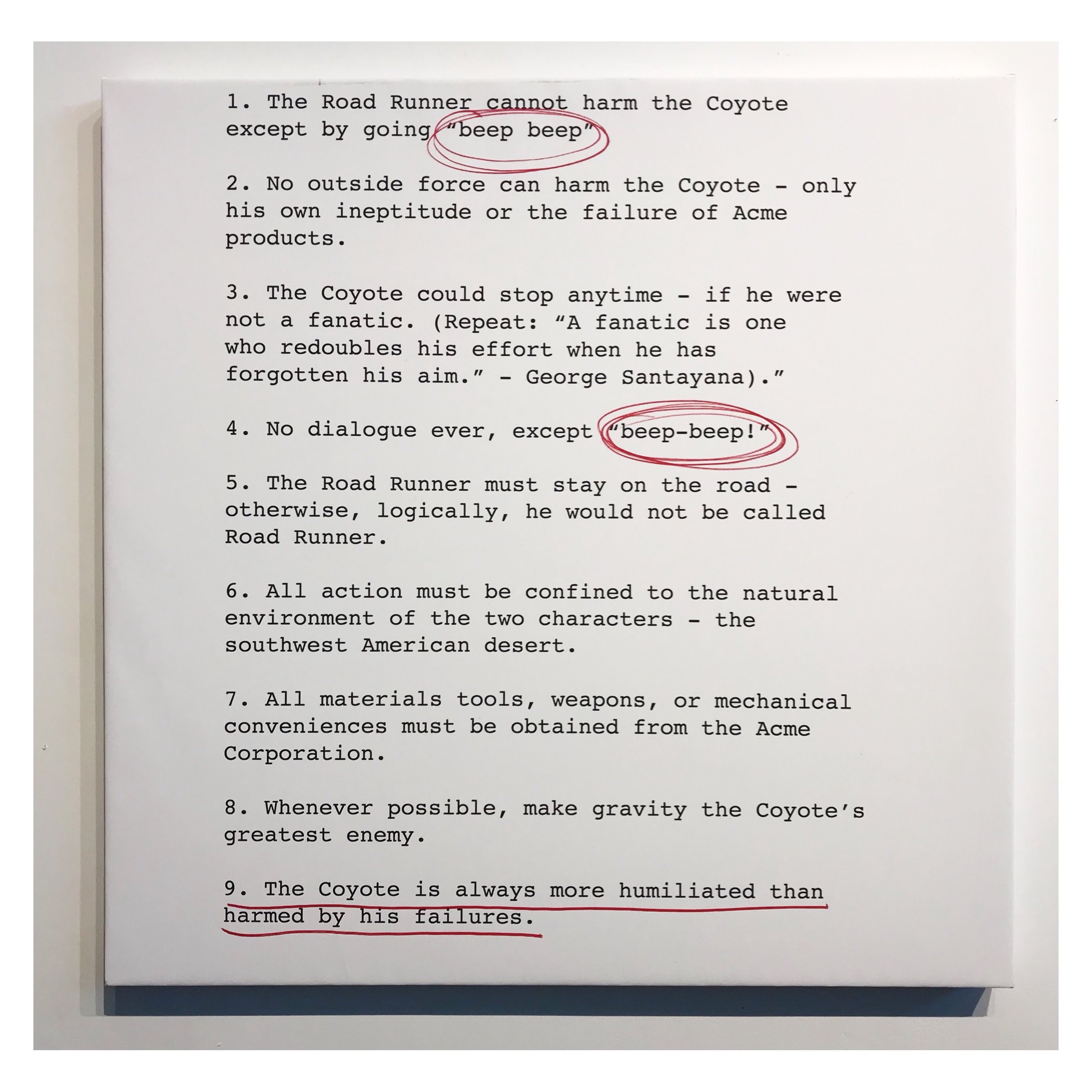 In 1948, animator and director Chuck Jones articulated the nine rules that would govern the world of Coyote and Roadrunner.

Each rule was subsequently broken (multiple times) over the decades of cartoons, but remain a provocative road map for my own activity as an artist engaging with failure in his practice. 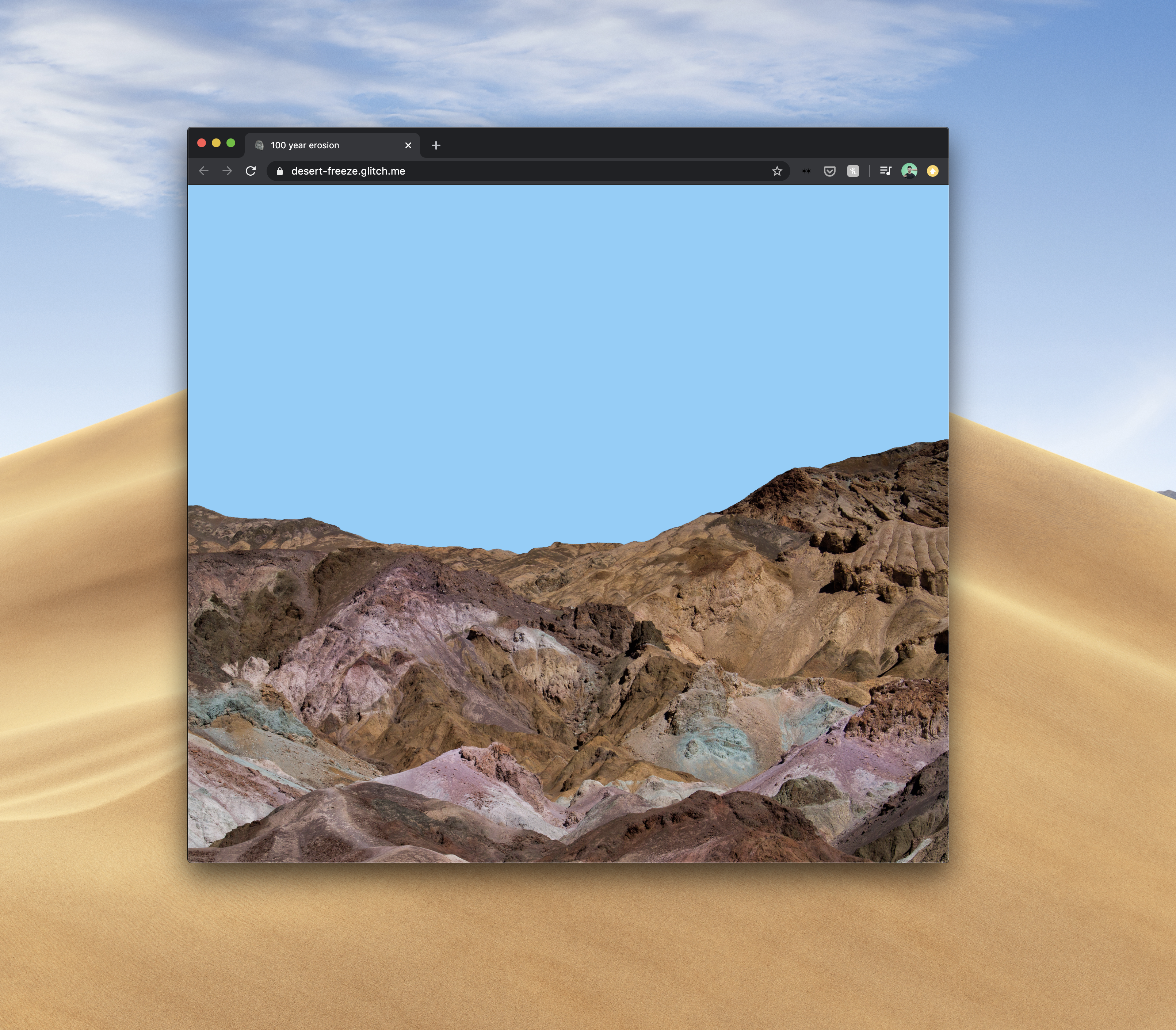 A website that is built to gradually erode over 100 years as long as it’s open in the browser. 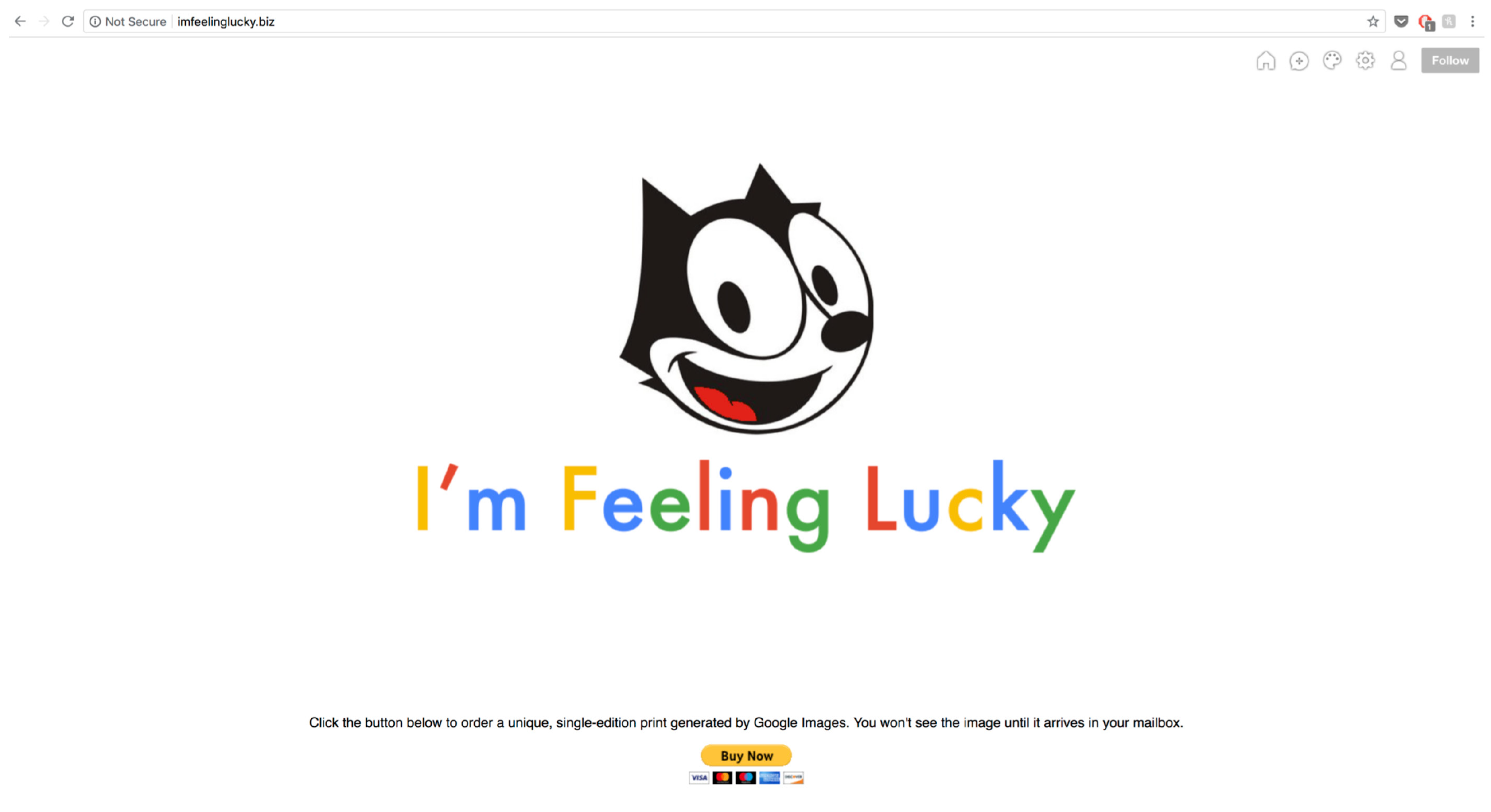 An experiment in direct-to-consumer art. A viewer purchases a print through Paypal, which triggers a series of automated Javascript code - the code selects an image randomly from Google, applies a pre-made template (with my signature), and sends the file to be printed and shipped. The customer doesn’t know what print they’re buying until it arrives, and I never see what images have my signature attached. 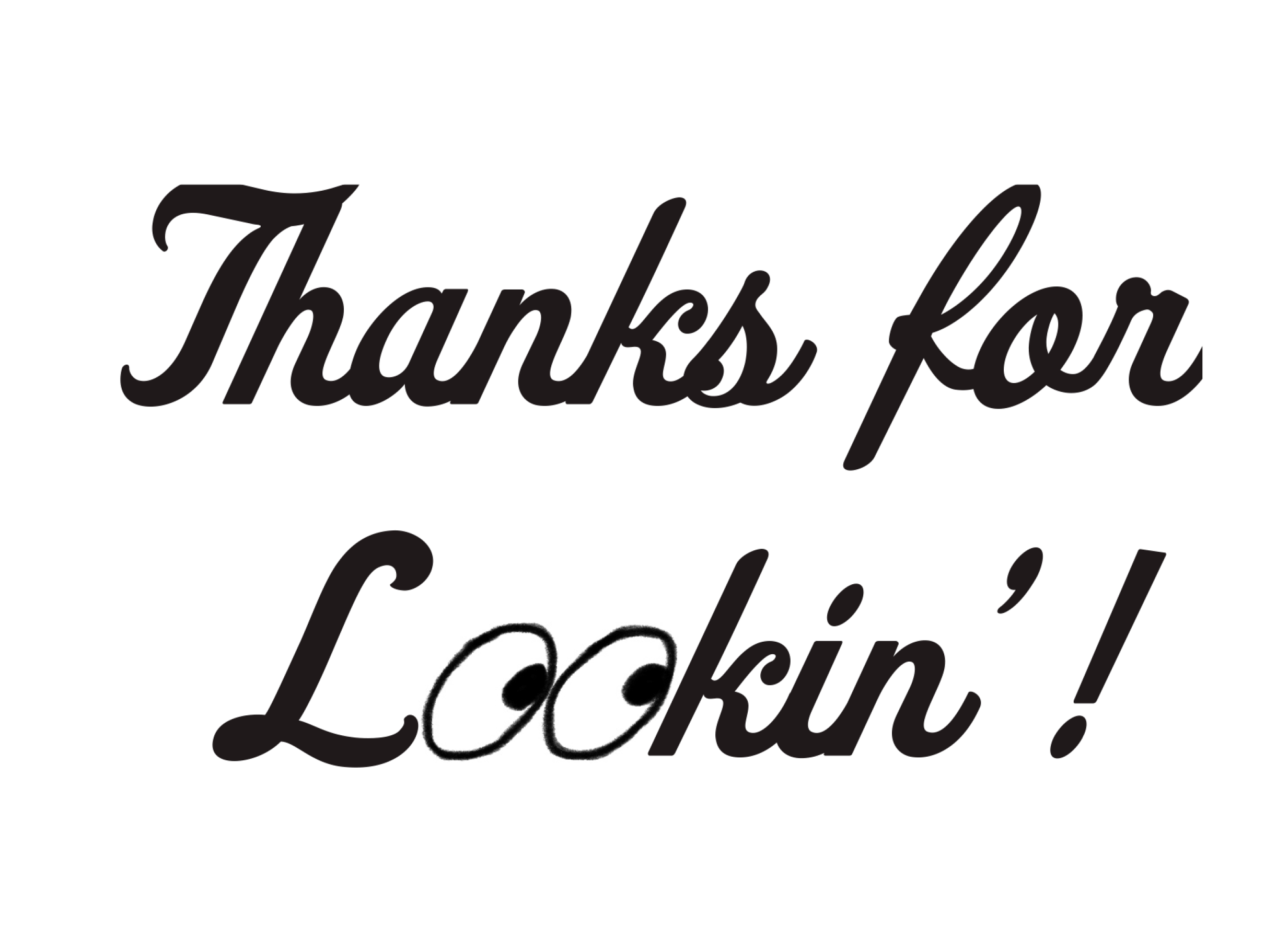